With cannabis getting legalized and decriminalized around the world, it may seem like everyone is racing to uncover the best of what the plant offers.

The plant has recently become a hot topic regarding its medicinal use. While it remains illegal on a federal level, most states have passed laws allowing the use of marijuana for medical purposes.

In states like New York that have established a medical marijuana program, you only need to register as a patient to begin using the drug.

Now one of the health problems that benefit from medical marijuana is chronic pain as it’s a symptom of many medical conditions. If you’re wondering whether there are any benefits of using medical marijuana for pain, keep reading.

For a long time, patients have depended on pharmaceuticals to manage chronic pain and other painful conditions like fibromyalgia. The problem is that pharmaceutical meds haven’t been that effective.

Few of these conventional meds can effectively relieve chronic pain, which is where marijuana comes in.

Medical marijuana for pain usually involves the use of full-spectrum cannabis, meaning that the drug contains all of the compounds present in the plant.

What are Cannabis Compounds?

These are chemical substances found in the plant and are categorized as cannabinoids, terpenes, and flavonoids.

The most important of these chemical groups are cannabinoids, which have medicinal properties. Two cannabinoids most prevalent in the plant, CBD and THC, are proven to relieve pain and inflammation.

A full-spectrum cannabis extract contains CBD, THC, and other cannabinoids and terpenes, which make it more effective for pain relief.

Unlike traditional medications, marijuana has a unique way it interacts with your body.

Your body has multiple systems that manage its functions, like the digestive or central nervous system. It wasn’t until after the turn of the 20th Century that experts discovered a system called the endocannabinoid (ECS).

The endocannabinoid system is responsible for lots of things, including metabolism. It has receptors throughout your body that interact with internal cannabinoids to optimize functions.

These receptors also interact with the phytocannabinoids present in cannabis. Therefore, when you take marijuana for pain, a deeper interaction happens that affects pain pathways.

Any drug can result in dependence and addiction when taken regularly or abused.

Pharmaceutical medications have a high chance of addiction if you take them regularly, which is unavoidable when you’re battling a lifelong condition.

As such, many people today are looking into more natural options, usually referred to as alternative treatments.

Marijuana is an alternative treatment like all herbs, and when taken responsibly in small doses – the way medical marijuana programs administer – there’s little risk of addiction.

While discussing the risk of addiction, it’s also important to mention side effects.

You probably already know that as effective as conventional medications are, they also tend to have side effects. The risk of damage to your body increases the longer you are on them.

The long-term side effects of medications are yet another reason patients are turning towards natural remedies. It’s also one of the reasons why medical marijuana is so popular.

Researchers have realized that marijuana can offer relief with minimal if any, side effects. That gives it an advantage in managing long-term health issues like chronic pain.

With medications, the more you take, the higher the risk of overdosing. For patients with long-term conditions, abusing medications is a genuine concern due to the need for relief.

As such, medical marijuana offers a safer alternative because it is impossible to overdose on it.

Sure, you can abuse marijuana like you would other drugs in search of a stronger effect. But unlike other drugs, which are almost always fatal when you exceed limits, marijuana may only cause harmful effects.

All things considered, you are safer increasing your dosage of marijuana than you would be with ordinary painkillers.

Medical cannabis has proven to be highly effective in relieving pain and inflammation. It’s too early for it to become a replacement for conventional medications, but its benefits are undeniable.

When it comes to pain management, in particular, marijuana may have an advantage over pharmaceutical meds. 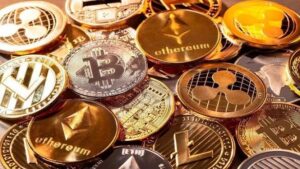 Next post How to create your own personal sports entertainment room

When you're trying to quit smoking, you may come across common smoking triggers. These can be physical, emotional, or behavioral....

Good hearing is an important part of a healthy lifestyle. It affects our ability to communicate, interact with others, and...

To start with, rare diseases or orphan diseases that affect around 8% of the population, which is more than 400...

Chemicals have dominated human life for decades and have caused almost irreplaceable damage. It is the prime cause of pollution...

Losing weight and marching on the path of fitness is something that has taken up a speed more aggressively than...