Mother Ganga has a special place in the Hindu religion and culture. Such a civilization originated and developed in the Ganges valley, whose ancient history is glorious. Where such a ray of knowledge, religion, spirituality, and civilization-culture erupted, which illuminated India and the whole world, it is in this valley that the era of Ramayana and Mahabharata originated and merged. The ancient Magadha Mahajanapadas originated in the Ganges valley, where the world’s first republic tradition began. It was here that the golden age of India developed when the Maurya and Gupta dynasty kings ruled here. The Ganges originates from Gangotri in Uttaranchal and drains into the Bay of Bengal, irrigating vast tracts of northern and eastern India. It is not only the country’scountry’s natural wealth, but it is also the basis of the emotional faith of the people. Ganga is one of the holy rivers of India and is worshiped as the mother and goddess.

The Ganga originates from the Alaknanda and Bhagirathi rivers. The main branch of the Ganges is the Bhagirathi, which originates from the Gangotri glacier at a place called Gomukh in the Himalayas. There is also a temple dedicated to Ganga Ji here. Gomukh, 19 km from Gangotri town. It is in the north—Bhagirathi and Alaknanda Dev Prayag confluence, after which she is recognized as Ganga. Thus 200 km After passing the narrow mountain path, the river Ganges, passing through Rishikesh, touches the plains for the first time in Haridwar. Haridwar is the first plain pilgrimage site of the descent of Ganga Ji. The importance of Haridwar has remained since the Vedic period. Gods and human beings have been wishing for salvation by getting the virtue of donating a bath at Hari ki Paidi Ghat in Haridwar for the purification of their worldly rules and the tarpan shraddha of ancestors. The Ganges water of Haridwar is considered pure and holy than the Ganges water of all India. After Haridwar, the Ganges reaches the plains of northern India. Garhmukteshwar situated on the banks of the Ganges is also a holy pilgrimage site.

Garh Mukteshwar is mentioned in Bhagvat Purana and Mahabharata. This place used to come in the kingdom of Hastinapur, and the Pandavas also built a fort here. This place is named after the temple of Mukteshwar Mahadev. Maa Ganga is worshiped in four temples located here. After Garh Mukteshwar, the Ganges reaches Kannauj. During the time of Chandragupta II, the Chinese traveler Fahyan and during the time of King Harshavardhana Hiuen Tsong came to Kanauj. From Kannauj, Ganga reaches Kanpur. It is believed that after Lord Rama sent Sita into exile she was staying at Maharishi Valmiki’sValmiki’s ashram located here. Here, she gave birth to Luv and Kush and later got absorbed in the earth. The residents of this city situated on the banks of the Ganges also celebrate Ganga Mela every year after Holi, which is a special fair here. After Kanpur, the Ganges reaches Allahabad, the city of Sangam.

Allahabad or Teerthraj Prayag is a holy pilgrimage site. Here the Yamuna joins the Ganges River. Saraswati was also found here in both these rivers in ancient times, but now it has disappeared. Devotees from far and wide come to take a bath in Prayag on the occasion of Kumbh. It is believed that Lord Brahma composed the Vedas in this city. Hanuman Ji’s temple located near the Sangam is a unique temple of its kind. From Prayag, the Ganges reaches Varanasi or Kashi or Banaras, a city of religious importance. It is also called the religious capital of India. It is believed that Lord Shiva founded this city. In such a situation, it is mentioned in all religious texts. The temple of Kashi Vishwanath is famous all over the country and is one of the twelve Jyotirlingas present across the country. Devotees come from far and wide to see it. Other than this, Dashashwamedh Ghat and Manikarnika Ghat are also very famous here. The Ganga takes a turn in the city of Mokshadayini of Kashi (Varanasi), due to which it is called Uttarvahini here.

Ganga reaches Pakur from Varanasi via Mirzapur, Patliputra, Bhagalpur. It is to the south of the hills of Rajmahal in Bhagalpur. The river Ganges splits into two branches – Bhagirathi and Padma near Giria place in Murshidabad district of West Bengal. The Bhagirathi river starts flowing south from Giria while the Padma river flows south-east and enters Bangladesh after filtering through the Farakka barrage. From here, the deltaic part of the Ganges begins. The Hooghly river confluences with the ocean in the Indian part of the Sundarbans via Kolkata, Howrah. The branch river, the Jamuna river, and the Meghna river meet in the Padma, originating from the Brahmaputra. Ultimately it is 350 km. Going into the broad Sundarban delta, it merges with the ocean in the Bay of Bengal. Here is the famous pilgrimage Ganga-Sagar-Sangam at the confluence of the Ganges and the Bay of Bengal. A huge fair is held here on Makar Sankranti. It is called the pilgrimages, again and again, the Ganges Sagar once. A person must wish to visit the Ganges Sagar at least once in his life.

The sage said, “These sixty thousand heaps are of your uncles.”

Kapil said, “Son, don’t be sad. Tell the magnificent King Sagar that the soul is immortal. Nothing gets spoiled by the burning of the body.”

Anshuman bowed his head in front of Kapil and asked, “Rishivar! There was a premature death of my uncles. How will they find peace?”

Kapil said, “If Gangaji comes to earth and his water touches these heaps of ashes, your uncle will be stunned. For this, you have to do penance of Brahma Ji because Ganga Ji lives in the ka manual of Brahma Ji.

Anshuman did severe penance for the penance of Brahma Ji. He immersed his body in meditation. But Brahma Ji was not pleased. King Dilip, son of Anshuman, also did a lot of penance. He did such penance that the sages and sages were astonished. But Brahma Ji was not pleased. Bhagirath was Dilip’sDilip’s son. He surrounded the mind from all sides and engaged in penance. Pleased with his penance, Brahma ji promised to send Gangaji to earth. A word came out of Brahma’s mouth that Gangaji said to his Ka-Pustika, “Why do you want to send me to earth?

For this, Bhagirath did penance to Shiva so that Lord Shiva agreed to take care of Ganga Ji while descending on the earth. When the Ganges descended, there was a loud noise in the sky, such that lakhs and crores of clouds came together, and lakhs and crores of storms have thundered together. His anger made the sky shiver. There was thunder from all directions. The mountains were shaking, and the ground was quivering. After some time, the ground stopped shaking. The thunder calmed down. Bhagirath heard the sound of Gangaji waving in Lord Shiva’sShiva’s hair. Gangaji was imprisoned in the hair of Bhole Baba. Bhagirath knelt before Bhole Baba and prayed to release Gangaji! When Bhole Baba jolted Jata with his hand, a drop of water fell on the earth. The drop fell on the earth between the rocks and became a stream. A murmuring sound began to come from it. Its waves started touching the shores with gusto. Ganga came down to earth. Bhagirath cried out loudly, “Gangamai ki Jai!” ” Since then, Goddess Ganga descends from the sky onto the Himalayas. Seventeen hundred miles irrigating the earth goes to rest in the ocean. She never tires, never pauses. She uplifts, rescues, and does good. That is their work. She is always at it. 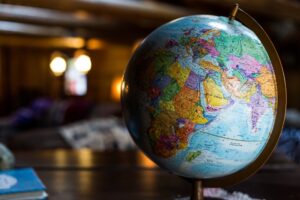 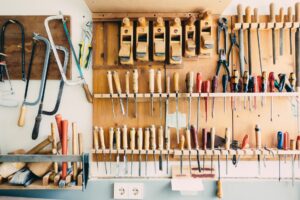 Next post How to Take Care of Your Screwdriver

India has a very proud past in geographical knowledge. The scholars of India have guided the world from the very...

ABOUT THE BOOK World Geography provides a coherent and systematic knowledge of the geographical conditions of our earth. This book...