There is an age-old argument about whether to use a prebuilt gaming PC or gaming console to buy. Even though consoles are more affordable than most PCs, the advantages far outweigh the disadvantages.

Nowadays, playing video games on PC is more popular than ever. Upgrading your PC to a top-tier configuration has become more important than the way you play your games. Augmenting your current setup can also open up new opportunities. Better frame rates, HDR support, less delay and more are just some of the benefits you’ll enjoy.

Due to the current economic climate, many of us are now constrained in our upgradation plans. Constraints based on a limited budget are common. As a result, no one likes to shell out an arm and a leg for a whole new system. In fact, a good PC setup is expensive, and we are committed to buying something that meets our expectations as well as provides a reasonable return on investment.

There are many advantages to PC gaming versus console gaming. Long-term pricing, game variety and upgradeability are some of them.

Here are the top three reasons why playing games on PC is better than playing on a console:

Additional costs associated with consoles, such as monthly or annual Internet subscriptions and more expensive games, should be taken into account when deciding on a gaming platform.

30,000 to Rs. 40,000, gaming PCs are more expensive than ever. While the console can cost up to Rs. 8,000 to Rs. 15,000, PCs have a very low total cost of ownership. In an industry where new consoles are released every five to seven years, old ones quickly become obsolete and unable to play the latest games.

In the long term, consoles may be more expensive than PCs due to the cost disparity. Gaming PCs have seven to ten years; However, hardware can be improved over time to extend this lifespan. The only way to “improve” the console after five years is to replace it.

When deciding between a gaming PC and a console, the ability to upgrade the hardware is a major consideration. There’s still a significant difference between the hardware design of the PS5 and Xbox Series X consoles and that of the PC, even though they’re getting closer. With a gaming PC, you have many hardware options, including the CPU, power supply, RAM, and even the graphics card.

You have complete control over the components in your PC, so you can customize it to meet your preferences in terms of graphics quality, frame rate, and overall gaming experience.

One of the most common justifications is to choose PC over console because of better performance. Your PC will run more smoothly and live longer if its components are of better quality.

Due to sturdier components, gaming PCs often have better graphics and frame rates. In order to save energy and save on expenses, gaming consoles are intentionally underpowered compared to existing gaming PCs. Most console games have a frame rate limit of 60 frames per second, and even then, they can’t always hit it.

Keep an eye on the delivery time frame when buying a prebuilt gaming PC. Listed below are the best gaming PCs in India by Kryptonix Gaming:

The Gladius I5350 tops the list of best gaming PCs in India. The DEEPCOOL GAMXX 400 V2 BLUE CPU has set the bar very high in terms of performance and cost-effectiveness. And if your gaming PC is equipped with an Nvidia GeForce RTX 3050 8GB GDDR6 graphics card, an MSI B660M Mortar motherboard and an Intel Core i5 12600K (up to 4.9GHz, Core 10, Threads 16) processor, you are in for a real treat.

What’s best for your wallet and the experience you’re looking for will decide whether you play on PC or console. It costs more to buy a PC, but the advantages of PC gaming outweigh the disadvantages. You can build a custom gaming PC at no cost, from the entry-level to the high-end enthusiast, depending on your needs and your budget. 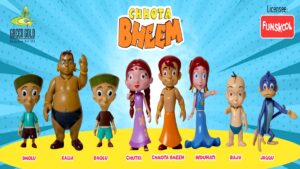 Previous post A new story of Chhota bheem and sorceress 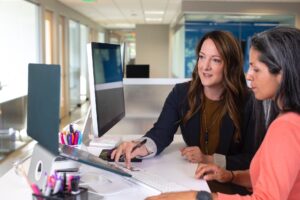 Next post Can Big Data Analytics Be Your Next Career Option?

In 2020, the manufacturing industry in America contributed to over 10% of the total GDP of the country. This sector...