If you are sitting by the sea in Seychelles and hearing strange noises, it may not be that of the couple resting in the umbrella in front. This sound may be of a giant male turtle with his female mate, indicating that only humans do not enjoy sexual relations. Let’s know how animals take pleasure in sexual relations.

Do animals have sex only to produce offspring?

One of the many mysteries of the animal world is their sexual life and its impact on them. It is generally believed that sex for animals means only giving birth to offspring. While this is not true, Mark Bekoff, a biologist at the University of Colorado in the US and author of The Emotional Lives of Animals, says in an article on that many mammals enjoy sex. Huh.

Usually, animals have sexual relations only for the production of offspring. Like humans, they form sexual relations only in a particular season, not throughout the year. But there are many similarities between them and our world. Mumbai-based sexologist Dr. Prakash Kothari says that some animals like snakes enjoy foreplay before sex, which lasts for about an hour. Bonobos (a chimpanzee) and dolphins also have sex for fun.

Why can’t most animals enjoy sex even if they want?

According to Dr. Tandel, most animals do not enjoy sex because their primary purpose is to protect their existence. “They have to be aware of the many dangers,” she says. “Even such animals, which are at the top of the food chain, have to face the change of weather and the threat of life for their survival. This is why they keep thinking about their survival, defense and food, not about enjoying themselves. Most animals have sex when they feel hot.” At the same time, male apes feel this every month, so the level of hormones in their body is more stable than other animals.

According to Bekoff, detecting and directly measuring sexual pleasure in animals is difficult. Still, by observing their facial expressions, physical movements and relaxed muscles, many scientists have concluded that animals reach blissful peaks. It is believed that pigs also enjoy sex, but there is not much research to support this. Scientists say that it is difficult to know how sex affects animals other than by producing offspring. But until we find out this truth, at least we can leave Bonobo alone when he is enjoying private moments.

How does a bird have sex, do you know?

No one can doubt that the bird flies. But how do birds have sex? Can you do it in the air? Or where does the bird have sex? After all, how does it carry out the reproduction process? We should know about the sex of birds, and we understand the sex of mammals, but the confusion about birds remains. Most male birds do not have a penis. Despite this, both males and females have sex.

Do you know about the cloaca? It occurs in birds, reptiles and water-living organisms. The cloaca is an internal chamber that has a hole. It is the sex organ of birds. This is the testis or ovary, where the sperm or eggs are released. The cloaca does not open only during sex, but urine and stool also come out through this.

When it is the season of romance in birds, a bulge can be seen in the cloaca of both the male and the female. It looks slightly raised in the bird’s body and signifies that the season has arrived. While jumping, the protruding cloaca of the birds rubs against each other. The sperm of the male bird is stored in the cloaca. During massaging, the sperm of the male bird goes into the female cloaca, and from this, the reproduction process starts.

The conception of birds is similar to that of humans and mammals. You have never seen sex in birds like Kamasutra, and there is only one sex position in birds. It is said that birds have sex even while flying, but this is not possible for them. Usually, the male bird sits on top of the female, and he turns the female bird’s tail feather on its side to open the cloaca. At the same time, he cleverly rubs the female cloaca of his cloaca.

This is a very tender moment between the two. During this, they make many attempts for successful mating. Often they do this for fun or sperm transfer. Birds have sex several times in moments of romance.

If we talk about group sex, animals are many steps ahead of humans. The world’s most giant sex orgies title goes to the red-sided garter snake. In the Canadian province of Manitoba, 30,000 garter snakes gather every year after hibernation for mating. At this time, hundreds of snakes mate with a single female. For more detail, click hereThe way toads have sexual intercourse is called amplexus. In this situation, the male frog climbs onto the female’s body from behind and inseminates her eggs from outside. If competition increases, many frogs may climb onto the body of the same female, and the result is that the female sometimes drowns in the water. But if the female frog survives, she gives birth to several frogs at once. If several males and females mating is necessary for colonial expansion, it is commonly found in monkeys of the bonobo species. Since this society is female-dominated, females can mate with as many males as possible without violence.

Male animals are also ready to fight with their rivals to have sex. For this, they use every weapon, which includes horns. In this fight, the life of a male animal is also lost many times. After mating, some animals ensure that they are the only males to have sex with that female. Sperm makes a natural circle around the female’s vagina like a hedgehog. Because of this, other male animals cannot reach that female.

Only humans cannot force sex. Blacktip reef male sharks do not even try to persuade females to have sex. In a way, they attack her and force her to have sex. Stanford biologist Douglas J McCauley explains that these sharks use their dangerous teeth as weapons for sex. Many male sharks chase the female, and the head of the party takes a bite on his tail. The bite slows the speed of the female shark, so the same male shark grabs her bait by the chest and drags her to the sandy surface, where she mates with her.

The exchange of gifts is typical in the animal world, especially for food items. Some studies also suggest that animals and birds want affluent mates. If this is so, then these natures of humans are similar to those of animals.

giraffes choose mates from urine. In contrast, hippopotamuses use dung to create an environment for sex. Male hippopotamuses spray dung to draw their boundary line and hippopotamuses to express their consent to sex. When a hippopotamus in the area approaches the female, she turns around, raises her head down and back and sprays the dung by wagging her tail. This is considered a declaration of his consent.

During the sexual process, the muscles of the Red Fox female contract and the penis cannot move for an hour. In this way, both live together.

The process of sexual intercourse in rabbits ends in less than a minute.

12. Male has the responsibility.

It is the work of the male to attract the female for mating in animals. Therefore, scientists say that the body of male animals or birds is quite colorful. 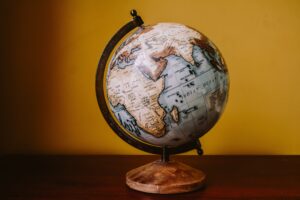 Top 80 animal in world I have gone many times to see funny animals, which I like to see again...